A Tale of Two Sectors?

The Third Sector Research Centre recently held an event in London to present and discuss the findings of their two year research programme looking at the role and impact of the VCS in Criminal Justice. A packed room of delegates heard some fascinating presentations and debates focussed on:

• The perceived effectiveness and added value of Third Sector organisations
• Partnership working between criminal justice and third sector staff
• Why is awareness of third sector services so low?
• Offender volunteering

For me, one of the most thought provoking findings from the research jumped out from Dina Gojkovic’s presentation of the research that explored offenders’ limited awareness of VCS services. In order to give a comprehensive picture of the Sector’s involvement of resettlement, Dina and her colleagues used three sources – the Charity Commission dataset; the 2008 National Survey of Third Sector Organisations; and Clinks’ Working with Offenders Directory – to identify charities working with offenders and which of the resettlement pathways their activities supported. Although they identified nearly 20,000 organisations working in some way with offenders, and about 5,000 identifying criminal justice as their area of work, only 1,750 reported offenders, ex-offenders and their families as their primary beneficiary group.

So what was it that leapt out and struck me in all this? Well, Clinks has long understood that many of the VCS organisations working with offenders are small and local, and that there are relatively few bigger players able to operate at a national or regional level. What I don’t think we have fully understood until now is the extent to which our part of the Sector is polarised between two extremes, with about a third being relatively large organisations with national / regional service delivery structures, and almost two thirds being small agencies working at a very, very local level. This leaves a yawning gap in the middle, which in the VCS serving other user groups tends to be filled with medium sized organisations covering one or more county council areas. Much of this is undoubtedly due the development of our part of the Sector, which has largely grown bottom up through small initiatives grown at a very local level by passionate local activists and volunteers, as well top down through national organisations with long histories that started small and have gradually grown and prospered .

Source: D. Gojkovic. 2012. Results from a national survey of offenders – why is awareness and use of third sector services so low? Available online:http://www.slideshare.net/3sectorrc/national-survey-of-offenders-di...

According to this research, almost 60% of organisations that identify offenders and their families as their main beneficiaries depend on public sources of income, which is higher than for other groups of VCS service users.Astonishingly, almost 27% of VCS organisations working in this area report having very little or no income at all, almost twice the figure for the VCS as a whole. Finally, the VCS in the CJS depends disproportionately on income from contracts compared to the rest of the VCS. These findings are very much in line with the results of a recent survey by Clinks of its members, which found that three quarters of respondents had experienced public funding cuts and this had exacerbated their exposure to the current austerity regime of the coalition government.

Why does this matter? Well, if we look at the MoJ’s recent consultation document on ‘Effective Probation Services’, it tends to assume that the VCS is ready to play a full part in a new competitive market in which commissioning and procurement will take place at a ‘Super Probation Trust’, rather than a local level. But these figures show very clearly that, at best, only a third of VCS organisations are equipped to participate in contracts on that scale. Of the rest, almost two thirds are only likely to be able to participate in service delivery if contracts can be broken down into smaller ‘packages’ at Probation Local Delivery Unit or neighbourhood level, where individual organisations or consortia will be better able to respond to any opportunities presented. The failure to grasp this issue will not only be a tragedy for the VCS, as we see more and more organisations failing and disappearing, but also for our service users at a time of great economic stress, and for the wider Criminal Justice System.

Overall, as Clinks has made clear in its response to the Probation Review, if the MoJ and NOMS are seriously seeking to develop a more diverse and cost-effective market to deliver probation services that not only reduces reoffending but proves sustainable in the long term, they have more fully to understand and respond to the distinctive profile of the VCS working with offenders. 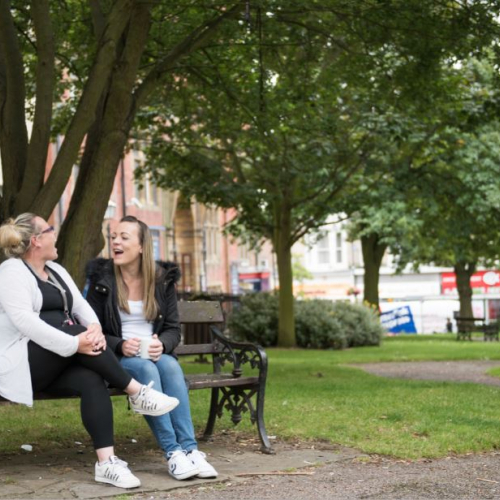 Executive Director for External Affairs at Changing Lives, Laura Seebohm, talks about the impact of deprivation, discrimination and trauma on people’s lives. She explores a radical re-imagining of how we can better support the mental health of people going through challenging times.

Notes from a one-off meeting convened to discuss HMPPS preparations for Ramadan in prison, and the opportunity for voluntary sector organisations to support people in prison to observe the holy month.

We are extremely disappointed that the JCVI advice on phase 2 of the COVID vaccination programme does not prioritise people in prison and those who work with them, including voluntary sector staff and volunteers https://gov.uk/government/publications/priority-groups-for-phase-2-of-the-coronavirus-covid-19-vaccination-programme-advice-from-the-jcvi/jcvi-interim-statement-on-phase-2-of-the-covid-19-vaccination-programme