The latest news from the South West

It’s been a busy few months for Clinks in the South West. This blog will give you an update on what we have been doing, including on service user involvement, strategic commissioning boards and what the Ministry of Justice’s consultation on the future of probation services might mean for the region.

Our last criminal justice forum event in July focused on alternatives to custody. We explored how we would like sentencing to change to be more effective at helping people move away from crime. We heard a fascinating presentation from Stephen Whitehead at Centre for Justice Innovation about their research into the different approaches to sentencing in Scotland and England, and how Scotland has reduced the use of custody.

We held Clinks’ recent service user involvement managers network event in Bristol in partnership with Independent Futures, which transforms service delivery through lived experience. The event focused on equality and diversity in service user involvement, and was an inspiring afternoon of ideas about how to make coproduction as inclusive as possible. We heard from Shaping Our Lives who wrote Beyond the Usual Suspects, an excellent guide to inclusive user involvement.

What does the consultation on probation services mean for the South West?

We held an event in Bristol as part of the Ministry of Justice's public consultation on proposals to stabilise and create a strategy for the delivery of probation services. For the South West, the proposals mean that the two Community Rehabilitation Companies (CRCs - Bristol, Gloucestershire, Somerset & Wiltshire and Dorset, Devon & Cornwall) will be merged into one. Also. the National Probation Service (NPS) division will cover the same area instead of extending out to South Central as it currently does. There is proposed to be a single manager from Her Majesty’s Prisons and Probation Service (HMPPS) covering that region. There is also a possibility that the HMPPS will directly commission services from the voluntary sector rather than this being done only by CRCs and NPS. This is because it is acknowledged that this hasn’t happened to the extent that was hoped for under Transforming Rehabilitation. So the changes could mean better co-ordination and coherence for probation services across the South West region. On the other hand, merging the two CRCs could create an even greater expectation that any voluntary sector organisations delivering services need to be operating across the whole region rather than in local areas, which of course is unrealistic and often undesirable for many voluntary organisations. It is not yet clear how Police and Crime Commissioners will be involved in the process, but of course they operate at a more local level which is often more manageable for many voluntary organisations. The deadline for the consultation is 21st September. Read Clinks Head of Policy Jessica Mullen’s blog for further details.

In July I attended a meeting of the new Strategic Criminal Justice Commissioning Group, which sits under the Devon and Cornwall Local Criminal Justice Board. It was acknowledged that commissioning is often carried out in silos even within one local authority, never mind across the peninsula and different agencies, and that an exercise to join the dots would be welcome, however there was significant concern about whether a new forum would duplicate existing meetings. Devon and Cornwall Office of the Police and Crime Commissioner had carried out a mapping of criminal justice-related commissioning across Devon and Cornwall which made interesting reading. From the perspective of voluntary sector organisations which often work holistically, it can be frustrating when services are commissioned in separate streams with sometimes conflicting priorities and timescales. It was finally decided that a role for the board would be to scrutinise upcoming tendering opportunities to explore where they could be aligned more closely with each other. It is very early days but I am hopeful that this might provide opportunities for the voluntary sector to inform future commissioning priorities in the region.

Improving services for those most excluded

Aa part of our work with the Making Every Adult Matter (MEAM) coalition, Clinks continues to support local areas co-ordinating services for people facing multiple disadvantage and the most severe types of exclusion. In the South West I am working with Exeter, Plymouth and Cornwall as well as Bristol’s Golden Key partnership (part of the lottery funded Fulfilling Lives programme). One of the aims of this work is to ensure that local areas involve people with lived experience of multiple disadvantage in all that they do, and we are running some learning events in September for the areas to focus on that issue. We are encouraging any project or area which is involving people with lived experience of multiple disadvantage to consider making a nomination for the Insight Awards, run by Expert Citizens in Stoke, which is looking for exceptional people under four themes of Welcoming, Listening, Learning and Leading.

Over the coming months I’m looking forward to our next criminal justice forum event on October 4th in Plymouth, which will focus on women in the criminal justice system, covering the female offender strategy and updates on work that’s being done to develop an alliance of women’s community services across the south of the region. We’re working with Somerset VCSE Strategic Forum to hold an event for organisations interested in criminal justice in October. If any other areas or voluntary sector networks are interested in developing your criminal justice work, do get in touch as we are always happy to support events and development of criminal justice networks and forums.

Clinks will be launching our new strategy at our AGM in November, which organisations in the regions will be pleased to hear has an emphasis on strengthening and building on our local and regional support to the sector.

And as usual I’ll be providing support to Clinks members as and when needed. If you would like help with anything criminal justice related or to arrange a meeting, please do get in touch. 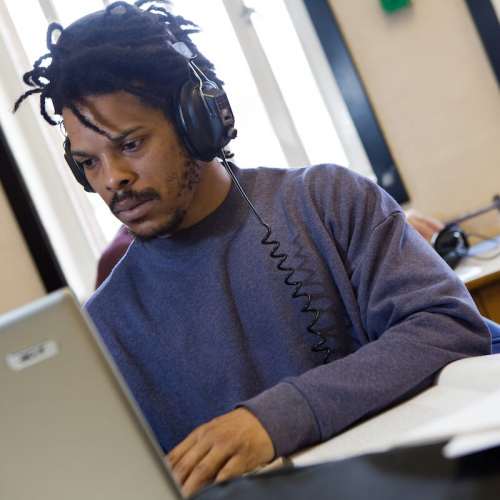 Advising the government: an update from the chair of the RR3

Anne Fox gives an update on the work of the group and how it has adapted to the changing policy environment of the last few months.

The impact of funding and commissioning model trends on voluntary organisations' sustainability and the impact of Covid-19.

Help build on the evidence base about the impact of Covid-19 on voluntary organisations by taking 10-15 minutes for our latest survey. It will help us build a better case for emergency and long-term support for organisations to weather this crisis: https://www.surveymonkey.co.uk/r/HBH7RB2