Fear and recovery in Morecambe

I recently had the privilege of being invited to the opening of a new community hub at The Well [@TheTheWell2], a drug and alcohol abstinence and recovery service in the Lancashire town of Morecambe. The Well is led and run by people in recovery, creating a personalised service and approach, based on the expertise and experiences of those with lived experience. 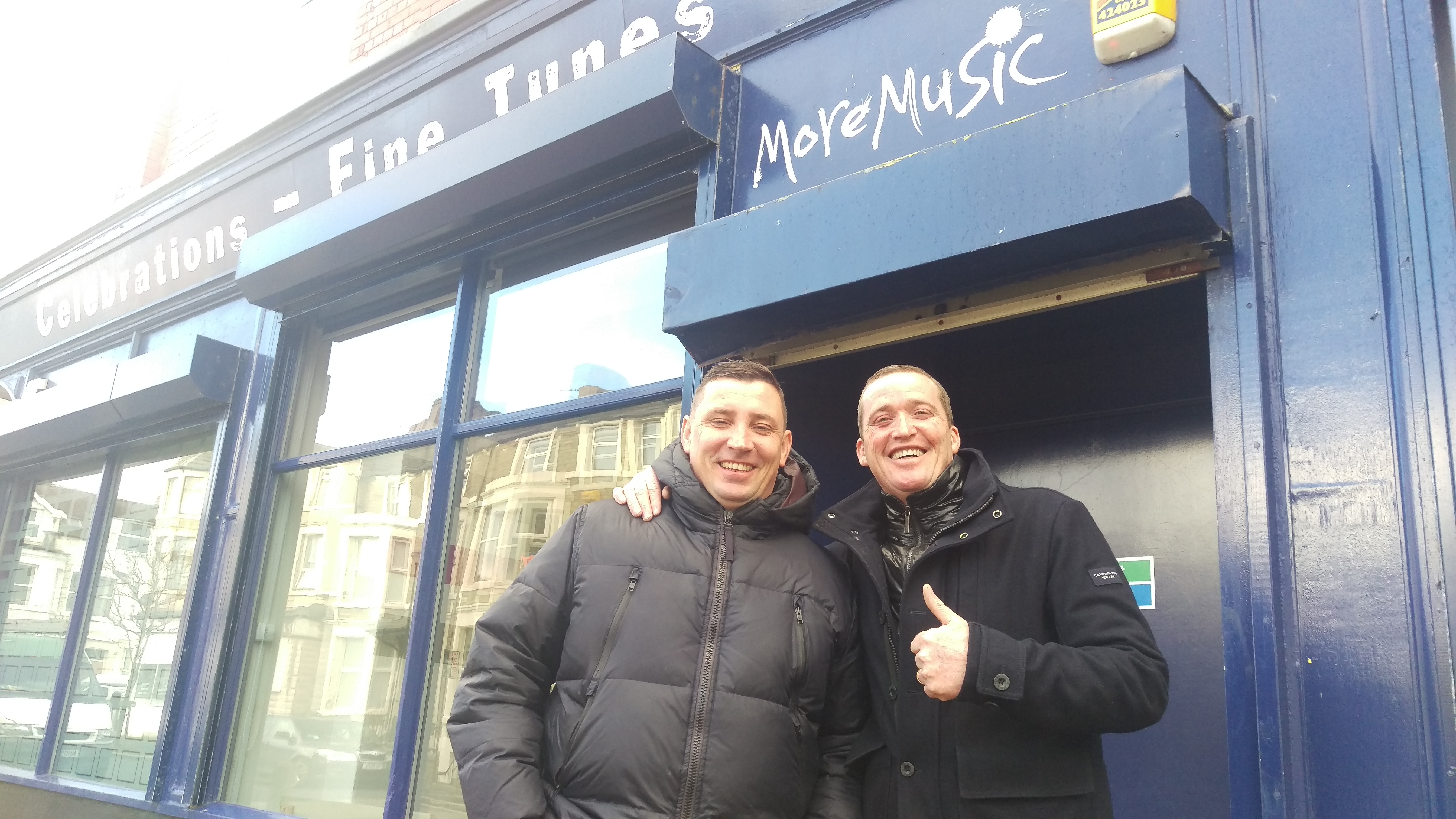 The Well is led by Dave Higham, who spent 30 years from the age of 12 in and out of borstal and prison. Upon release from his last sentence he tried to access local services, but soon realised they weren't there when he needed them most - on evenings and weekends. And so The Well was created - a space for everybody and anybody, with the feel of a social club rather than a formal service. People come and go as they please, finding a safe haven where they can share with others in recovery, or just find some peace and a hot drink.

This video from NoOffence sums up Dave and The Well perfectly - https://www.youtube.com/watch?v=0MQQXHZkhLY

I spent a while chatting to people about the individual journeys that brought them to The Well. Knowing very little about abstinence and recovery beforehand, I thought I’d share six observations from meeting people in recovery.

The Well say: "You are welcome at The Well if you are clean that day, or on a low dose of methadone. This is our window to introduce abstinence to people and to encourage and support them in getting there. Although we have a zero tolerance in our accommodation, in the community hubs you only have to attend clean that day.

It is important to have peers alongside people who are still in and out of abstinence or those that have never had it, to show that abstinence is possible. If we never engaged with people that are still struggling, how then would they get hope that it is possible?”

2, Fear is all around

Everyone I spoke to mentioned the word 'fear'; it's such a common trait in the recovery process. There's fear of failure or relapse; fear of being judged, even by your peers in this safe space; fear of being alone; fear of sharing your story. This fear, and the overpowering sense of crisis it can bring to somebody in recovery can cause relapse. The people I met at the well expressed how they had to deal with and overcome their own fears, and that this is an integral part of the journey.

The people I spoke to at The Well told me they have to work at staying clean all day, every day. They also told me that everyday situations for you and I can be near impossible to deal with for somebody in recovery, and using is a familiar, safe escape from crisis, conflict and fear. Supportive communities like The Well provide that vital peer support, constant presence and services to support individuals and reduce the chance of relapse.

I was particularly struck by the stories of the lads I spoke to, who were a similar age to me, and had similar upbringings and teenage years. They grew up loving football, music, socialising with friends etc etc. It's a real wake up call to think that teenage fun can turn into a lifelong condition that restricts opportunity, and I could relate back to friends of mine growing up who always drunk that bit more than everyone else; at the time, not thinking anything of it.

Admittedly, this wasn't true for everybody I spoke to, and the reasons for substance misuse are varied and complex. One woman explained how, after years of childhood abuse, she'd been raped in her own home and turned to drink to numb the pain, humiliation, fear and myriad emotions flying around her head. She left the area, but had to return to care for a sick relative. She began to see her abuser in the street on a regular basis and her life spiralled out of control, turning to drink and drugs as a coping mechanism. This heart-breaking story really opened my eyes to the impact of crime on victims, and the life-changing effects it can have.

I was blown away by one particular trait of everybody I met, from the Chief Executive through to newer members. On asking a 21 year old lad in recovery - "If I gave you a magic wand, what job would you be doing in five years?" I fully expected "a footballer" or "rich with loads of money and a nice car" - the usual things for a 21 year old. But this lad, and everyone else I asked the question to, simply wanted to work in this field, helping other people who have experienced similar. It was such a selfless outlook on life, really inspirational, and is probably a direct reflection of the grassroots management and ethos of The Well.

6, It's a path that can't be travelled alone

Another thing that was consistent across people's stories was the support people received from family members, in particular 'Mum'. Whether it was visiting in prison, to going round for a cup of tea; everybody spoke fondly and kindly of their Mum. One guy I spoke to has a good job, but is on sick leave due to his alcoholism. His employer (a large company) took his sick pay off him, meaning he couldn't afford to survive. His Mum went to his manager and explained the situation on his behalf, and the employer has reinstated his sick pay until February to support him. Having an advocate, sponsor, friend, or community is absolutely critical in recovery and abstinence. Sadly, however, we know that many family relationships are broken following a stint in prison. And another common theme was the impact on families of acquisitive crime to feed an addiction.

I'll finish with a fantastic quote Dave gave me, attributed to the Native American Wellbriety movement, about the Healing Forest. In this metaphor, the clinical treatment of addiction is seen as analogous to digging up a sick and dying tree, transplanting it into an environment of rich soil, sunshine, water, and fertilizer only to return it to its original deprived location once its health has been restored. What is called for is treating the soil—creating a Healing Forest within which the health of the individual, family, neighborhood, community, and beyond are simultaneously elevated. The Healing Forest is a community in recovery.

You can follow The Well on twitter, and they're constantly looking for new partners in the North West.