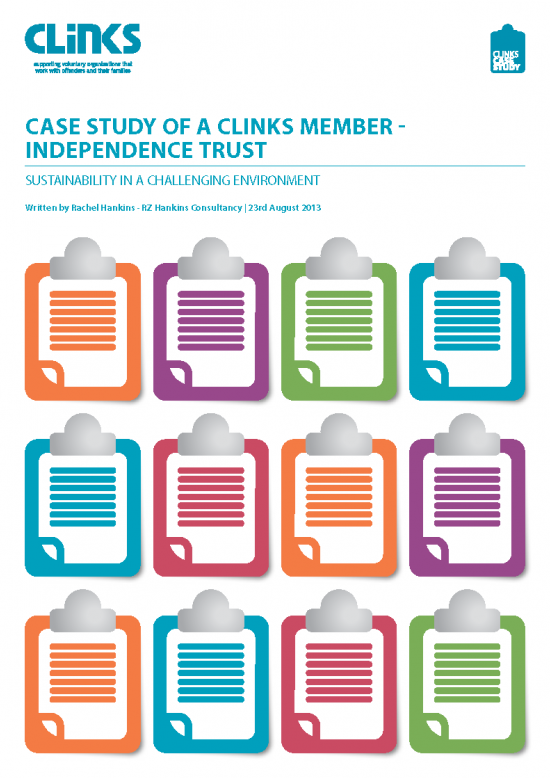 Sustainability in a challenging environment

Independence Trust is a Clinks Member operating across the county of Gloucestershire (and more recently also in Worcestershire and Herefordshire). Until April 2013, its turnover was £3.5million and there were 130 staff. Since April 2013, its turnover has been £1.6million as it no longer has a countywide substance misuse contract due to a change of provider after the re-tender in 2012. There are now 78 staff and 40 volunteers.

This interview with the CEO covers issues of relevance to many Clinks Members, and will be of interest to public sector commissioners too.