In this Clinks Guest Blog, Jon Collins from Restorative Justice Council  talks about a series of information packs designed to help increase the use of restorative justice within the Criminal Justice System.

The benefits of restorative justice are well known by now. It gives victims the chance to meet or communicate with their offenders to explain the real impact of the crime - it empowers victims by giving them a voice. It also holds offenders to account for what they have done and helps them to take responsibility and make amends. Government research demonstrates that restorative justice provides an 85% victim satisfaction rate, and a 14% reduction in the frequency of reoffending.

Restorative justice, then, is an important and valuable process which can be used to deal with crime effectively. But it is a process that is under-utilised and often misinterpreted. It is in this climate that the Restorative Justice Council have published a series of four information packs to help criminal justice professionals to understand the benefits of restorative justice and make greater use of it within their work. This will give more victims and offenders the chance to take part in this valuable process.

The series consists of information packs for magistrates, youth offending workers, police, and workers in the new probation landscape. The packs have been developed with the help of the Ministry of Justice as well as a number of other agencies.

All four packs are useful for those new to the concept of restorative justice as well as those already implementing it within their work who want to read about the latest thinking within the field.

More information and links to the packs can be found here: www.rjc.org.uk/infopacks 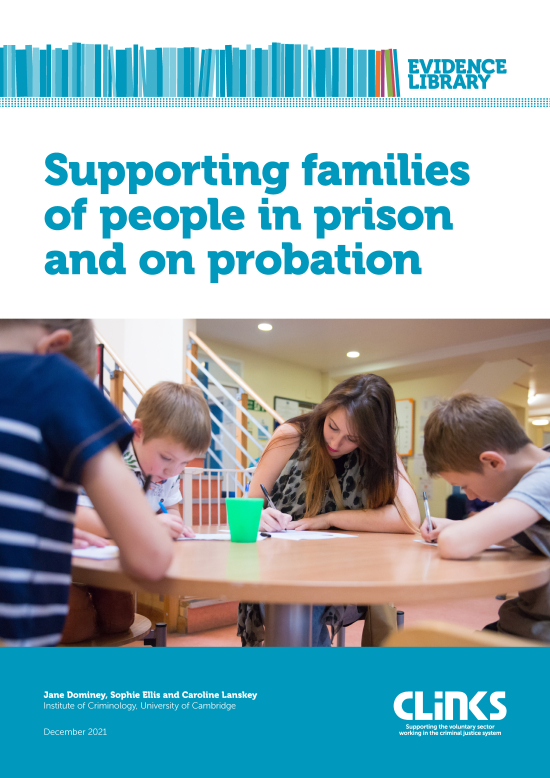 Supporting families of people in prison and on probation

This evidence review by Jane Dominey, Sophie Ellis and Caroline Lanskey from the Institute of Criminology, University of Cambridge, reviews the current evidence base on the impact of criminal justice involvement on the families of people in prison and on probation.