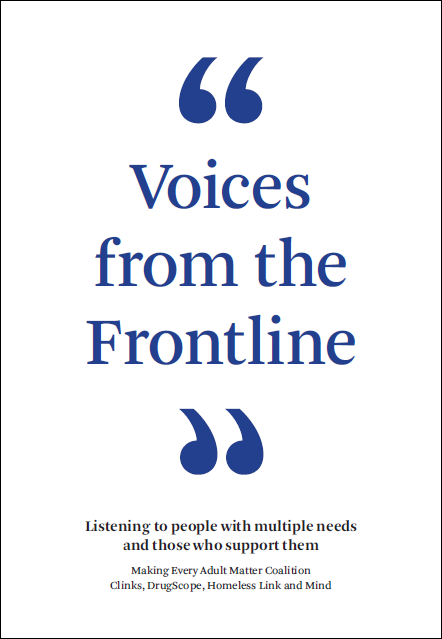 This is a two year project, funded by LankellyChase Foundation and delivered by a new policy team embedded across the four charities that make up the MEAM coalition- Clinks, Drugscope, Homeless Link and Mind.

So, what do we mean by multiple needs?

There are an estimated 60,000 people with multiple needs and exclusions living in communities throughout Britain. They experience a combination of problems at the same time, including offending, mental ill health, homelessness, drug and alcohol misuse and family breakdown. People with multiple needs often have ineffective contact with services and live chaotic lives.

‘Listening to people with multiple needs and those who support them’ 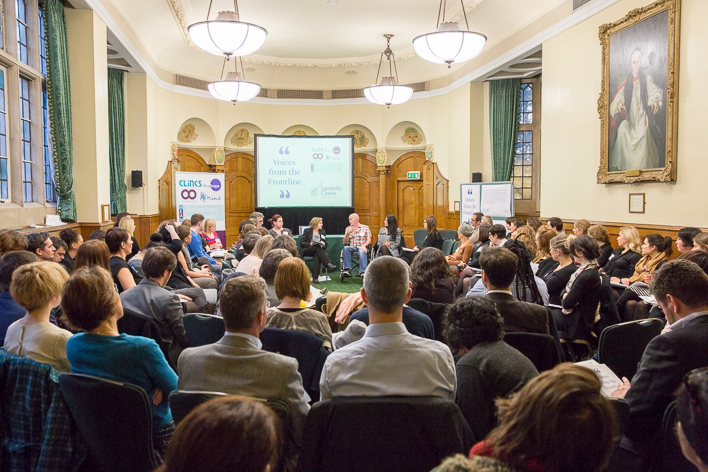 The following is one of the voices featured in the report, and formed part of a discussion focusing on the impact of welfare reform:

"I’ve returned to alcohol now, because I’m so stressed. I’ve got a court case going on with my children, who are going to be removed from this country…nothing to do with me, but that’s the way it is going. It’s just got to the point where all of these things have just come into a massive great big circle. […] You’re banging your head against a brick wall."

The Voices from the Frontline report is just the beginning of our work, and draws on the results from a survey of 140 frontline services across the country and 50 in-depth interviews and/or workshops with people experiencing multiple needs and those who support them. To ensure the voice of specialist and gender-specific organisations was heard, we held a women-only workshop.

Some of the initial findings from our work include:

As a first and crucial step we are asking MPs, peers and parliamentary candidates to commit to listening to the voices of people with multiple needs and those who support them. This means spending time at their local services, and getting to know which officials and commissioners hold the power to create change.

In the run-up to the next election, we will be working towards making a case for how the next government should act to ensure people with multiple needs receive the integrated and holistic support they need.

If you have any comments or would like to be involved in the project, please get in contact!

Effective point-of-arrest diversion for children and young people: what the evidence tells us.