An insider's view of prisons and probation today

Clinks was delighted to hold the ‘An insider’s view of prisons and probation today’ event on 17th September. This event introduced the life-changing work of the voluntary sector working in criminal justice to over 100 people from livery companies and other charitable trusts.

The event was hosted by Alderman William Russell and Anne Fox, Clinks CEO, at the striking Haberdashers Hall in London. It gave a flavour of the inspirational work our members do through performances, music and a range of stalls from 16 inspiring and innovative voluntary organisations. It also explained the many challenges they face, one of the biggest of which is funding. Voluntary organisations in criminal justice receive very little funding from the public, and at a time when government spending is severely constrained, our sector can struggle to secure support for its important work, even though demand for its services is rising.

The evening began with drinks and canapés provided by The Clink Restaurant whilst guests perused stalls. These included an interactive exhibit recreating the experience of entering a night outreach van, taster sessions in stone masonry, pop-up reading groups and interactive music videos which allowed the user to make their own music using loop-based sampling. The hall was very busy with guests trying out all the different activities - it was almost impossible to move through the crowd!

Performances began with music by Junction 42 from Newcastle. Their final song was an affectionate homage from lead singer Tex to the Geordies who have taken him into their hearts called ‘wye aye’. This definitely started the acts with a bang! 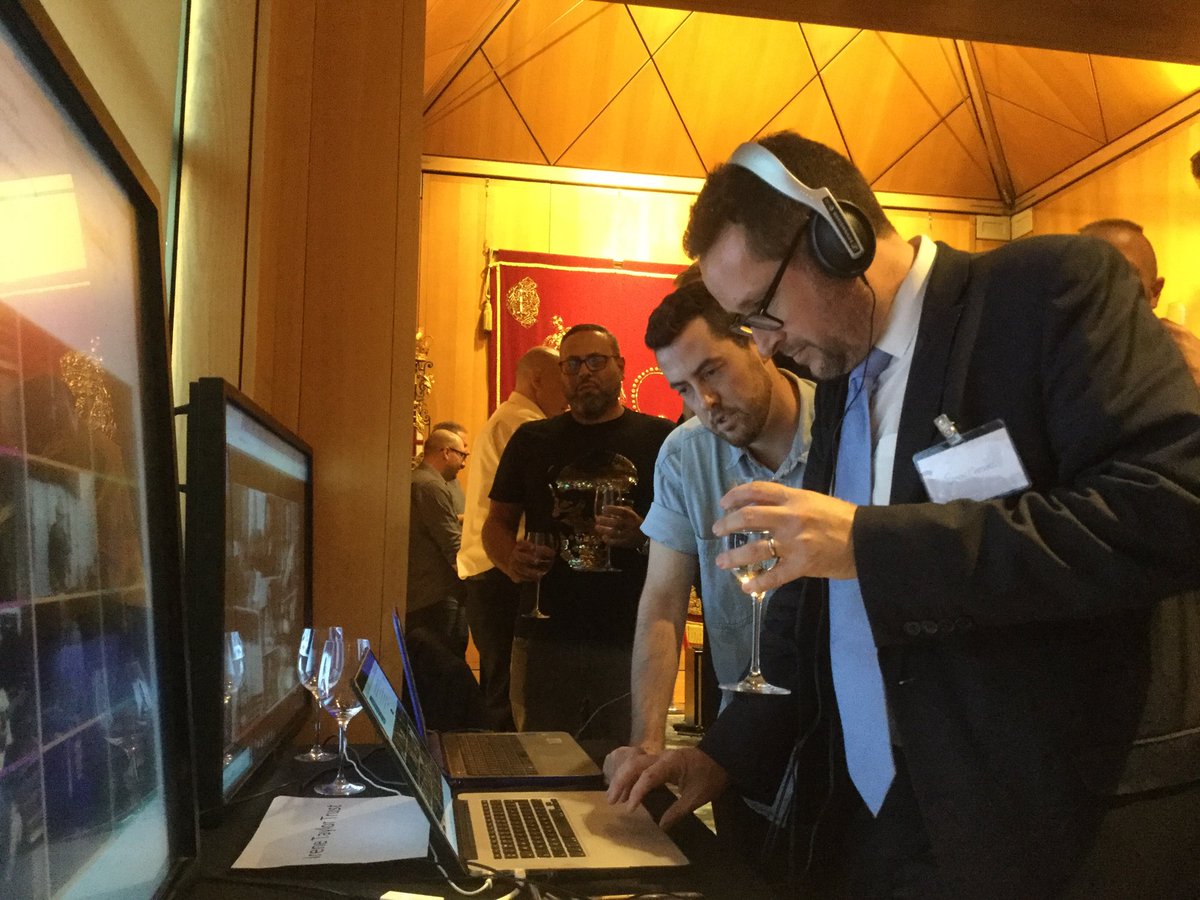 Alderman William Russel welcomed the guests to this one-of-a-kind event. He explained that he first came into contact with the sector as Sheriff at the Old Bailey, noting how full of passion and creativity he finds it to be. The Secretary of State for Justice David Gauke spoke about the importance of the voluntary sector.

Clinks CEO Anne Fox talked about what she sees and hears from members across the country, the problems they are facing and why they need sufficient and sustainable income.

“I see organisations who are committed to doing whatever they can, thinking on their feet and adapting to suit the needs of their service users and the context in which they operate … Organisations tell us that the number of people they need to help is increasing and their needs are becoming more complex, requiring a more complex range of services and responses”. – Anne Fox

Thank you @Clinks_Tweets for inviting us to the brilliant event last night to talk about @PRG_UK. Great to meet others doing such fantastic work in the sector. Really enjoyed the presentations by @RiseUpCiC @imagine_if_co @FoodMatters_org @WorkingChance too! pic.twitter.com/ksDePFT1px

Then it was over to our four presenters. Imagine If Theatre Company kicked things off wonderfully, performing a touching solo piece on prison life, capturing the struggle of maintaining a relationship when in prison. Staff and past participants took to the stage to talk about their work, with a poignant account by one participant of how Imagine If supported him once released from prison.

Telixia Inico at Working Chance delivered a hard-hitting spoken word piece, followed by an audience Q&A with two candidates, including heart felt testimonials of how the organisation had worked with them to change their lives. Ash Nugent constructed a free 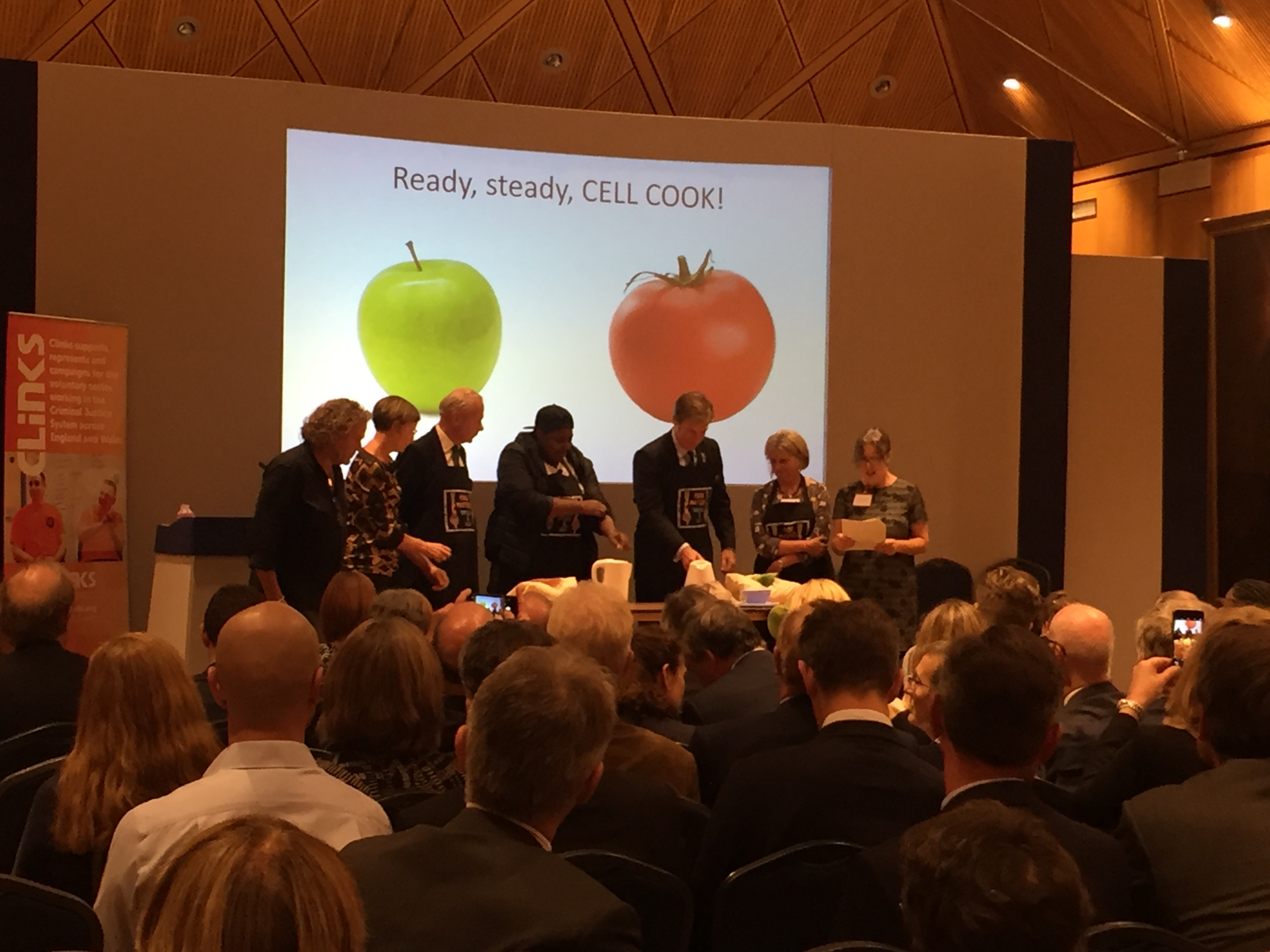 style rap from contributions from the audience, a technique he uses at Rise Up workshops across the country. He even got the crowd singing along with him. Last but not least, Food Matters showed us how hard it can be to eat healthy and flavoursome meals in prison, through interactive demonstrations including Ready, steady, cell cook!

The event finished with more music, this time from Changing Tunes who provided an atmospheric backdrop to networking and a last chance to view the stalls. There was an excited buzz in the room as the presentations finished and the guests reflected on what they had just heard.

The evening had a focus on the voice of service users, allowing the audience to stand in their shoes - truly an insider’s view of the system. Katie Steingold at Fine Cell Work summed up the event perfectly.

“I thought the presentations were all completely brilliant – at the end of each one you almost felt ‘good luck following that…’ for the next group, but then the next organisation came out and did something completely different and smashed it all over again.” – Katie Steingold.

The audience response was very positive, with people describing it as “inspirational” and “a triumph”. Individual donations have been received by several of the organsiations involved, and Clinks is following up with representatives from the livery companies to discuss with them what they can do to help our members continue their important work.

Clinks will continue to encourage funders to provide support to those working in criminal justice, and to share funding opportunities with members. We hope to run more events like this in the future to give more members the opportunity to share the work they do with funders and to raise the profile of the sector. If you are not a member you can find out about joining here.

We had the most AMAZING day seeing the work of all our fabulous colleagues @RiseUpCiC @FoodMatters_org @WorkingChance at the @Clinks_Tweets prison and probation event! You are all incredible! We love you pic.twitter.com/arFCWo6AHl

Thank you to all the organisations who took part and contributed to the success of the event:

It’s not your birthday but…