Family Snapshots: The father with two sons in an inner city prison 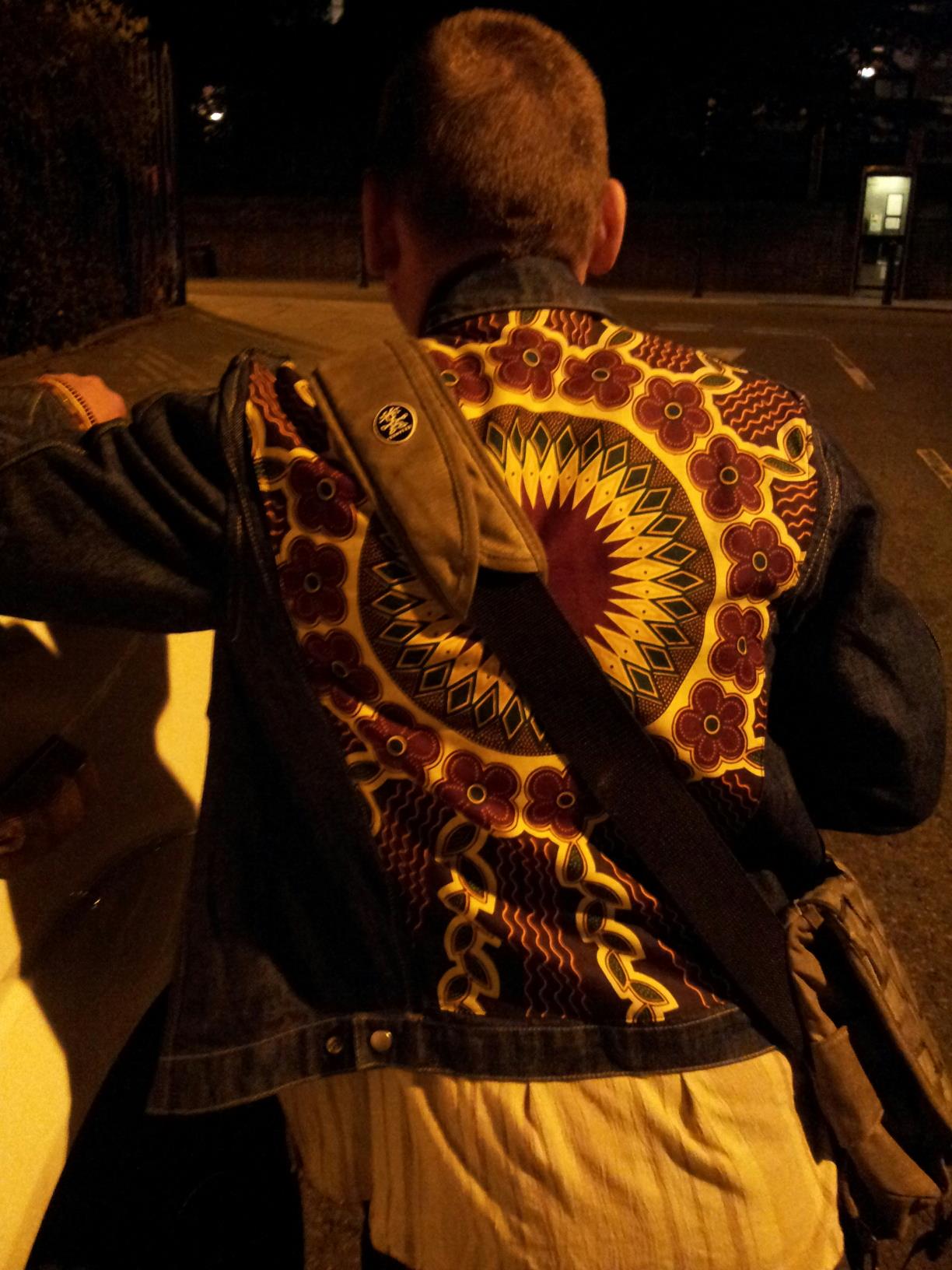 Malcolm, pictured right, is the father of five children.  While his daughters have had no involvement in the Criminal Justice System, his sons are currently serving sentences in the same inner city prison.  They have been convicted of similar offences, though one has recently been found guilty of a second offence with a longer tariff.  The other one, too, may be tried for a second offence.

Unlike some of the other young men in their area, the boys had a relatively secure family background.  Their parents were divorced, but the boys lived with one parent and had regular contact with the other.   Like their sisters, they moved around a few times when they were younger, but were settled before starting secondary school.  Even when it seemed that they were on the fringe of gang-related activities, they were given the opportunity to live and work out of their area.  They chose to remain.

Malcolm and his daughter, Christina, tell me that the boys’ convictions were not unexpected.  Actually, they were a relief.  Prior to imprisonment, every time the phone rang they worried that it was more fallout from the boys’ activities.  They described the police raids and the distress it caused for Christina, her sister and her mother.  The boys’ lifestyle put the boys and, potentially, their family in danger.  While they are in prison, it’s a chance for their family to have a breather.

At the same time, it upsets Malcolm that his two sons are locked away.  The court hearings brought home to him that his sons really were what had been described to him.  He is especially angry with the son who is the father of a young child.  His son was recalled on licence.  Malcolm finds it hard to forgive him for not putting his child first and ‘deliberately denying his son access to him’.

So why did Malcolm’s sons and daughters take such different paths?

The problems started at secondary school.  Situated in an area of deprivation, it did not serve local children well.  Less than two out of ten students gained five or more A* to C grade GCSEs.  The boys were part of the 80% that left underqualified.  It was frustrating because the school was the only option for local parents; higher-achieving schools in the area were over-subscribed and sending a child to a fee-paying school was impossible.

Malcolm spent a considerable amount of time at the school liaising with teachers, mentors and youth workers but, in the end, he believes his sons chose their lifestyle.  They were offered ways out, but didn’t want them.  He wonders, though, if it’s time to highlight more positive stories about young black men from poorer areas.  The overriding stories seem to reinforce the idea that these young men will inevitably become involved in gangs.  Does it make it easier to slip into that life?  He believes that there is a significant majority of boys who do not become embroiled in the Criminal Justice System.  Why don’t those stories become the norm?

The so-called gang lifestyle itself is far from easy.  Gang members may boast about the money that can be made, but how can they spend it?  With constant wariness and a real possibility of being attacked, their movements are seriously restricted.

‘A prison in your mind’

Malcolm says that he is always open about his sons’ imprisonment.  If it’s kept secret, he says, ‘you create a prison in your mind’.   Christina disagrees.   She loves her brothers, but finds the current situation embarrassing.  Her partner comes from a high-achieving family and she has equally high aspirations for her children.  She does not feel judged by her partner’s family, but does wish that the situation was different.

However, both Christina and Malcolm feel that they are judged in terms of the boys’ behaviour.  Malcolm describes how the police emphasise the words ‘your sons’, with an underlying assumption that he is responsible for their offences, or at least condones them.  There is no recognition that Malcolm has tried on so many occasions to help them change their lives.

‘They feel close because they are nearby’

The family is a relatively self-sufficient one.  Friends and family offer support to the boys and to each other.  On the day the boys were convicted and sentenced, many friends and family members attended court. Malcolm was proud of the way the supporters conducted themselves; he believed that some families’ behaviour in court negatively affected the case outcome.

Malcolm and Christina have visited the boys in prison, though not frequently.  Malcolm is self-employed and Christina works and has a young family.  It is hard to find time, but the wider family chip in to send money, clothes and books.  Christina often speaks to her older brother on the phone – they are very close and never run out of things to talk about.  He is currently on closed visits, but once he is eligible for family days she is happy to take her young children to visit him.  The younger brother is less likely to call his family.  However, because the boys are in a local prison, Christina feels close to them.  It is not ideal; one son has seen rats and there is friction between different gang members.  But if they are moved further away it will be harder for Christina and their father to visit them.  She will worry more.

The boys have different personalities.  One is personable, ‘charming’ and tends to get on with people.  He is able to reflect on his life and the reasons that he is in prison which, his father feels, has started the rehabilitation process.  This son has positive plans for his release.  The other son is less reflective and, his dad and sister feel, is more likely to get in trouble without the calming influence of his brother.  They worry that he can’t distance his real self from his gang persona and that he could struggle to change his life.

What do they think will happen when the boys are released?

One son will have spent most of his twenties in prison.  They are optimistic that he will leave his old life behind and take the opportunity to travel and work in a family business.

The other son – they aren’t so sure. He can’t return to live with his mother.  She is currently pregnant and prior to his conviction she was arrested and handcuffed in her home during a police raid.  She is at risk of homelessness; the council are arguing that she is in breach of her tenancy agreement because of his behaviour.  Social services are also concerned that his gang activities will put the new baby at risk.  Malcolm wants his son to take full advantage of education opportunities offered in prison, but is aware that he’s offered him work opportunities in the past.  His son abandoned it after a few days.

So the future is uncertain.  The family is ready to offer what support they can, but in the end it will be down to the boys.

Postscript: since this interview, one of the sons has since been moved to a prison in Suffolk.