Family Snapshot: the partner of a prisoner on an indeterminate sentence 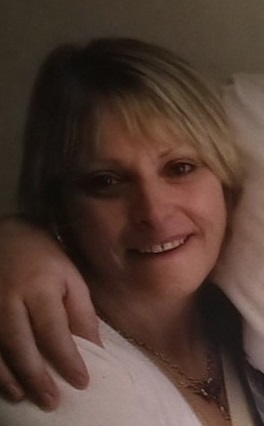 Wendi has known her partner, M, for more than thirty years. They have been in a relationship for the last twelve years. For eleven of those years, M has been in prison. His initial sentence was for eighteen months.

Although Wendi is not alone in being the partner of a prisoner with a longer sentence, her situation differs from many in that M is on an IPP sentence – Imprisonment for Public Protection. It is a sentence with no definite end and relies on the prisoner completing a number of different courses and the Parole Board being convinced that the prisoner is no longer a risk to the public. By the end of his sentence, Wendi’s partner will have stayed in at least thirteen prisons.  This is because the courses that IPP prisoners must take are not available at all prisons, so they must be transferred to a prison where a particular course is available. So far M has participated in 34 courses.

Wendi has visited prisons across Yorkshire, Humberside, Lancashire and beyond. Transfers are stressful; each move means getting to grips with different regimes, different dynamics, different facilities. She says that M often feels quite low during these times. There is also the constant fear that he will be moved on before he has finished or even started a course, delaying his release even further.

Wendi has an in-depth knowledge of different visiting halls, though the one thing they have in common, she says, is that they are always dirty. She describes trying to stay positive while sitting on broken chairs and seats coated with the evidence of the last visitor’s food choices.

The amount of time allocated for a visit varies from prison to prison. HMP Leeds runs sessions in one hour blocks. Wendi points out that she couldn’t go and buy snacks until her partner had arrived, which meant that he spent the first ten minutes or so of their valuable hour together watching her queue. She solved this by booking three separate visits on one day. The first hour was for the ‘main course’, maybe sandwiches and crisps. The second was ‘dessert’ – chocolate. And in the last hour they’d actually have a proper conversation. Alternatively, visits at HMP Lowdham Grange were three-hours-long and a much better experience.

Wendi’s partner rings her every night, though there is only so much you can say in a ten-minute call. Regular, supportive contact has been vital, not least because in the intervening years, both have experienced parental bereavement.

Wendi also makes good use of the Email A Prisoner scheme, though in the past this may have been less effective as her partner had low literacy skills. Education courses in prison have improved this.

The emailing scheme costs Wendi 35p per email. A first class stamp is 63p, which has more than doubled in price since M started his sentence. She sends in clothes and money for M to make phone calls and buy toiletries – a postal order costs between 50p and £12.50 to buy. And, of course, there is the costs of travelling to and from visits. Wendi hopes that her partner is transferred to HMP Warren Hill, now a specialist prison supporting prisoners on IPP sentences nearing the end of their tariffs. However, it is about a 340 mile round trip from Leeds. Wendi will visit him at weekends, meaning an overnight stay.

Wendi estimates that her partner’s imprisonment has cost her around £19,000 in the last ten years. He is in prison, but she is being financially penalised.

For health reasons, Wendi is unable to work. She is also a carer for her adult son and cared for both her mum and her partner’s dad, before they died. I ask her how she copes with the costs.  She says that she is good at budgeting – ‘I can cook a meal out of nothing’.

However, she lives in a two-bedroom property and has been affected by the ‘bedroom tax’. Wendi believes that it’s important that she retains the extra room. Her partner lost his home when he was imprisoned and will most likely be released to live in a hostel before eventually moving in with her. She knows that it will be a time of great adjustment for both of them; he will be used to following a regime and it will be their first time living together. Even potentially little things can matter – for more than a decade, M has slept in a cell with the door locked shut. Wendi always keeps her bedroom door open.

So how has Wendi’s experience changed her?

She found her first ever prison visit terrifying. She had no idea what she was expected to do and there was no one to help her. Those were the days of waiting in a Portacabin and queuing in the rain. This was also in the earlier days of IPPs, when no one was quite sure about what it meant. She has had to learn a whole new vocabulary – ETS, HRP, SCP, OMU...* She acts as her partner’s advocate ensuring that he receives the appropriate healthcare. It was, she says, hard to get used to the prison system where you ‘put in an app to see a doctor and wait two and a half weeks’. She believes that without her intervention her partner would have killed himself.

What advice would Wendi pass on?

In her experience, prisoners need to be ‘educated, medicated and stimulated’ – the right courses, appropriate healthcare and activities that take them beyond the world of their cell. She feels that there is an essential role for visitor centres helping families understand how the visiting system works and supporting them to claim available support. She longs for visiting halls with staffed playrooms and reasonably-priced healthy food. The pressures of reduced resources means that there are less staff, less visiting spaces. The online visit booking system works, but found booking a visit by phone almost impossible; the booking line phone rings and rings, then switches to answerphone. She would like staff that are well-trained, both in the courses that a prisoner must take and in good customer service for visitors coming into the prison.

Wendi is optimistic and realistic about the future. She has also found ways to adjust to continuous uncertainty. M’s sentence increased when he absconded from an open prison, and it may be up to another two years before he is released; at the time of writing, they were waiting for the outcome of a parole hearing held in December. It is hard to plan ahead. But while her partner has been in prison, Wendi has learnt to drive, taken many courses and is a treasurer for two different organisations. She also cares for three rescue dogs. She campaigns to raise awareness of the impact of IPP sentences, praising the work of organisations such as Prison Law Advice. She has good support from friends and family, but tells me, ‘If I didn’t do all the things I do, I’d crack up.’

A stain on the law: Imprisonment for Public Protection exposed

Wendi was interviewed for 5 Live Investigates. You can listen to the show here.