Each of the major political parties in England and Wales are due to launch their general election manifestos over this week and next. As each manifesto is published Clinks will be analysing and summarising the key commitments of relevance to criminal justice policy and the work of voluntary sector organisations working in criminal justice. We hope that this information will be useful to the sector in planning for the potential policies of the future government.

This blog outlines key policy commitments in the Conservative manifesto Get Brexit done: Unleash Britain’s potential that will be of interest to voluntary organisations working in criminal justice. Find the costings for this manifesto, the online version, and accessible versions on their website.

In the manifesto’s section entitled We will unleash Britain’s potential, it states:

“We stand for those who give their time to help others – the charities, community groups and volunteers who already do so much to make our country a better place.”

The manifesto commits to:

In a section entitled Make our country safer, the manifesto states:

“We need a fair justice system – one that stands for the law-abiding majority, not the criminal minority, and that gives a second chance to those who have served their time and wish to make a fresh start.” It goes on to say “In order to successfully keep our streets safe, we need to turn people away from crime and end the cycle of reoffending”

The manifesto commits to:

The manifesto also states that the Conservatives will “Improve the Troubled Families programme and champion Family Hubs to serve vulnerable families with the intensive, integrated support they need to care for children – from the early years and throughout their lives.”

Under the heading Addiction the manifesto commits to:

Also included in the section Make our countries safer are a number of policy commitments on policing including:

In a section entitled Support for working families the Manifesto includes the following commitments with regards to welfare:

Under the title Deliver the housing people need, the following manifesto commitments are made:

We have also published blogs on the Labour manifesto, the Liberal Democrat manifesto and the Plaid Cymru manifesto. 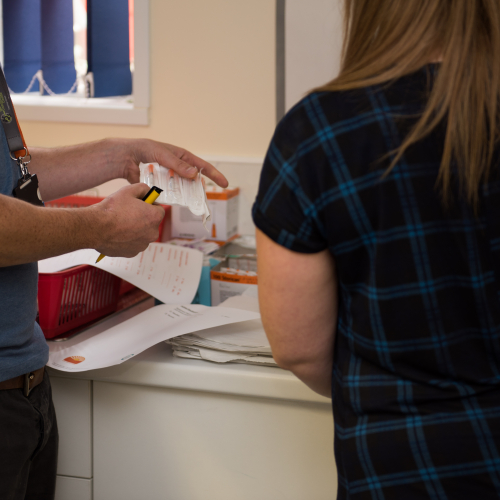 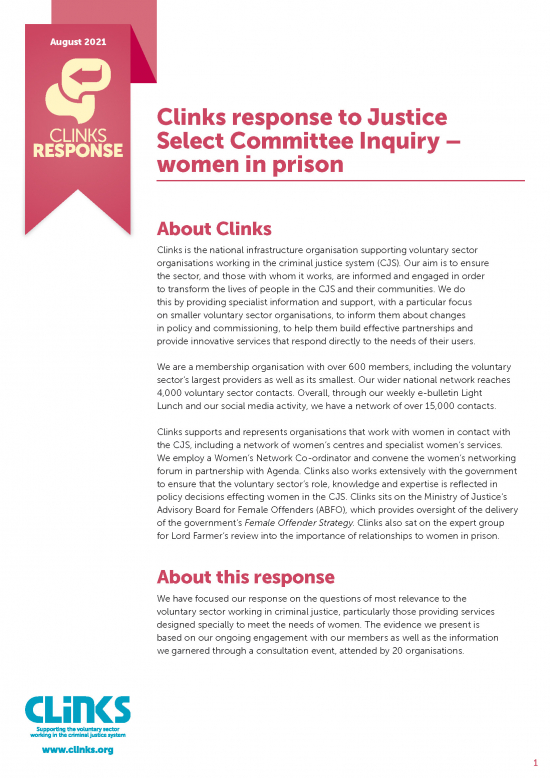 Clinks submitted a response to the Justice Select Committee’s Inquiry into women in prison.

The second part of Dame Carol Black's independent review of drugs has been published. This focusses on prevention, treatment and recovery. Read it here: https://www.gov.uk/government/publications/review-of-drugs-phase-two-re…