A closer look at who the voluntary sector supports

Every year Clinks conducts important research on the state of the voluntary sector working in criminal justice. Our research explores four key areas - service users; service delivery; staff and volunteers; and funding – and uncovers a wealth of evidence about this unique and diverse sector.

The report we produce is a vital source of evidence that we use to represent and advocate for the sector with key decision makers. To help our members digest the key findings we’ll be doing a blog series that focuses on each of the four areas of the report.

This first blog takes a closer look at the people organisations support.

Responding to the intersectionality of service users

More than half indicated that they do. But the responses also provided us with an interesting opportunity to reflect on the intersectionality of identities. 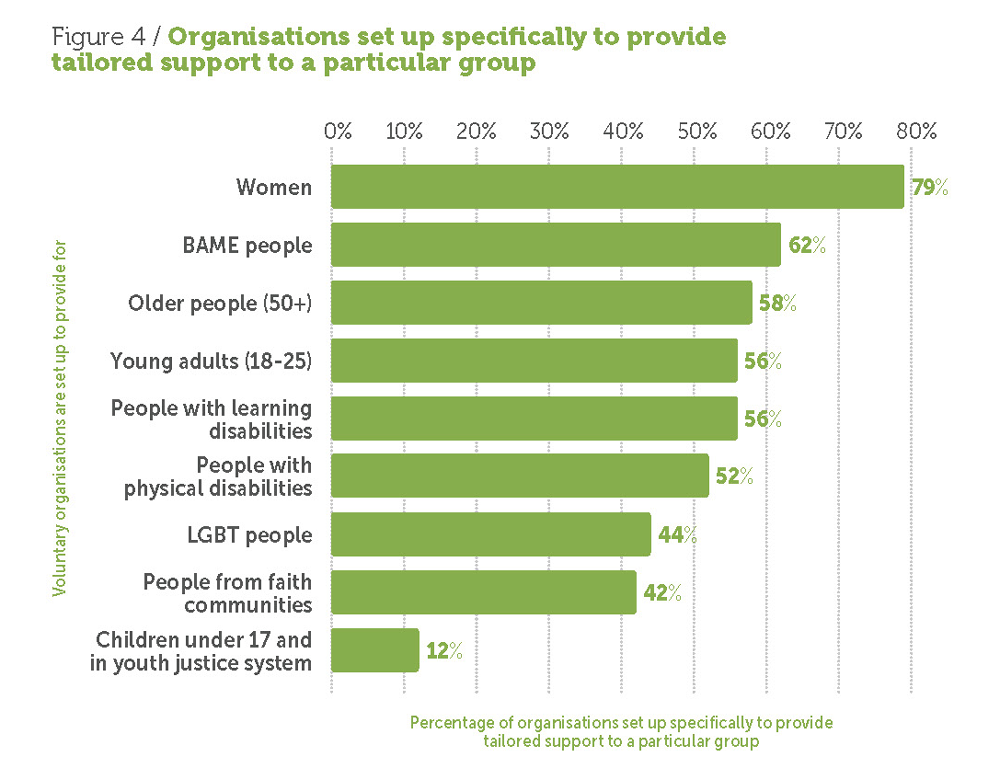 Many of those organisations ticked that they provide tailored support for more than one group of people. Perhaps this shouldn’t be a surprise – after all how many people would put themselves into just one category? Just because an organisation is set up to deliver tailored support to a particular group – such as women – does not mean that their service users are not diverse.

We consulted our members at the State of the sector launch event on how we gather this information to ensure that in the future we are representing tailored services as accurately as possible.

Our findings also shine a light on the multiple disadvantages and range of challenges faced by the sector’s clients and by extension people in contact with the criminal justice system (CJS).

This makes it all the more concerning that for the third year in a row, organisations reported an increase in the number of people turning to their services. Organisations delivering tailored support to groups with protected characteristics were even more likely to report this. Combined with an increase in numbers, organisations also told us that the needs of people they support are becoming more complex and more urgent.

We found a number of systemic issues are forcing people into more vulnerable positions and leaving them at crisis point. Worsening conditions in prison are leading to an increase in violence and self-harm and seriously impacting the mental health of people in prison.

“More traumatised from their experiences within prison” - survey respondent

On top of this, timely resettlement support is also becoming increasingly challenging to access and people are being released into immediately desperate situations. Organisations told us that short custodial sentences were making this situation even worse because of the difficulties those sentences create in planning for release.

A severe lack of housing and welfare reform is leaving people unable to afford a basic standard of living and with nowhere safe and secure to live. Universal Credit, delays in payments, sanctions and the complexities of navigating the welfare system are having detrimental impacts.

“Increase in the number of people impoverished due to Universal Credit introduction.” - survey respondent

As this happens, and increasing numbers of people are being pushed into poverty, funding cuts have led to a serious reduction in the support provided by statutory services and have restricted access to what is still available. This means more people are turning to the voluntary sector to plug that gap in support.

“Impact of changes in local services and austerity and cut-backs mean that service users are presenting with more urgent and complex needs.” - survey respondent

The vital insights and expertise of service users

Our research shows people in contact with the CJS face many systemic challenges. The growing size and complexity of these and the role that the voluntary sector plays in addressing them (both through supporting people and by advocating for change) means it is becoming increasingly important that organisations involve service users and people with lived experience of the CJS in their work.

People who are or have been in contact with the CJS are experts by their experience and best placed to highlight the impact of policy and practice and drive change. There is growing recognition of the need for organisations to engage with service users to inform their work. This is to some degree reflected in the responses to our survey, where just over two thirds of organisations said they had consulted service users about the design and delivery of their services. 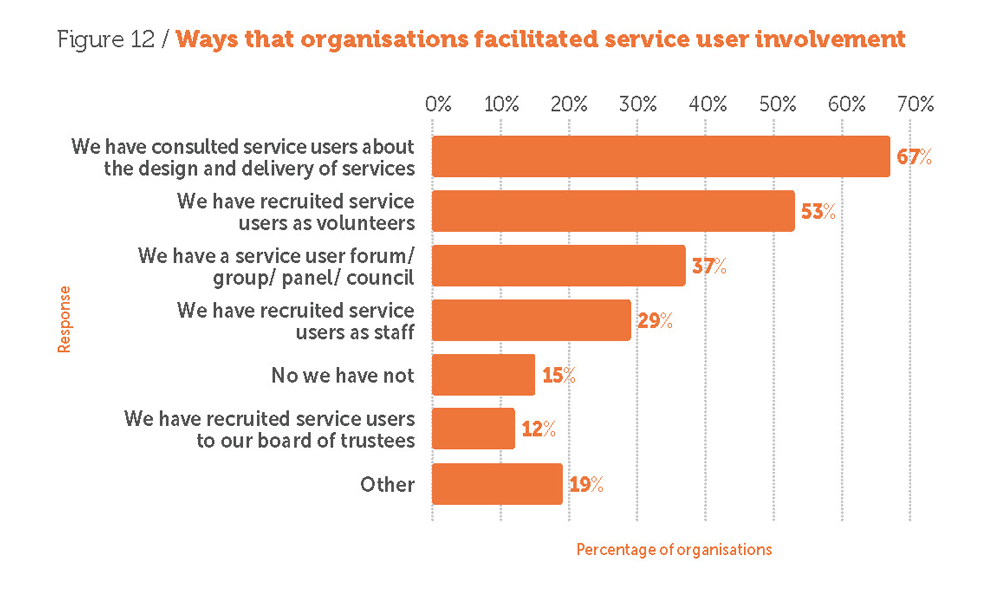 Recent research by the Criminal Justice Alliance, Change from Within, highlights the necessity of hiring people with lived experience of the CJS in the criminal justice workforce and the benefit doing so can bring to organisations. As their report highlights, systemic challenges need fresh and innovative solutions and the valuable insights of people who have been affected by the CJS.

For our sector to truly offer a vision for change and involve people with lived experience of the CJS in strategic decision making, we all need to be taking proactive steps to improve recruitment of service users to paid staff and trustee positions.

Look out for the next blog in this series which will be looking more closely at the services that organisations are delivering. In the meantime, if you have any questions about the issues raised in this blog please contact Lauren Nickolls, Policy Officer, at lauren.nickolls@clinks.org. 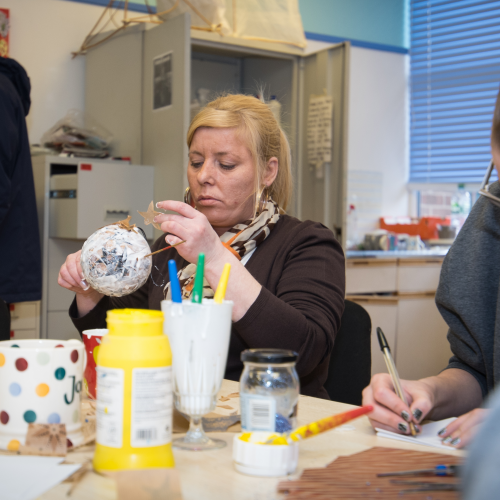 Following its grant funding programme in 2020, the Ministry of Justice (MoJ) is inviting voluntary organisations to apply for grant funding to strengthen community based provision for women in the criminal justice system. 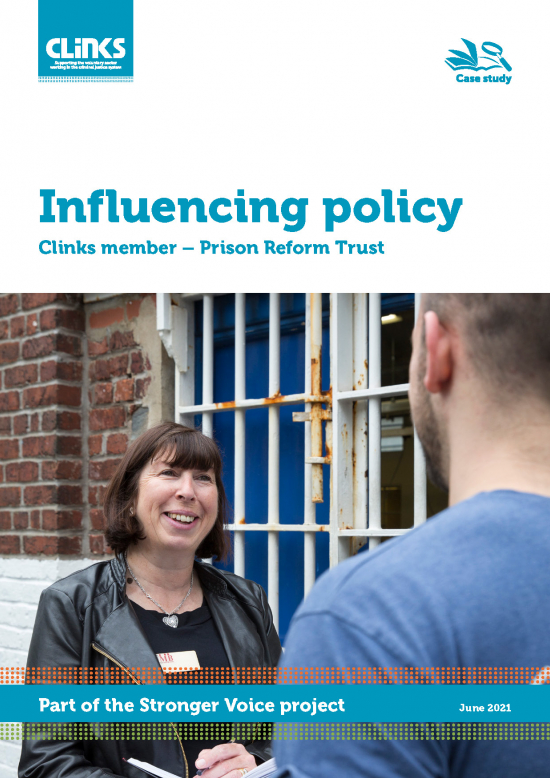 Part of the Stronger Voice project, this case study compliments an online recording of Prison Reform Trust’s expert seminar delving into its strategy for influencing policy with a particular focus on Indeterminate Public Protection (IPP) sentences.

The reformed and reunified probation service will launch on 26th June. Today @hmpps has announced which organisations will deliver contracts to provide resettlement and rehabilitation services. We look at what this means for the voluntary sector. https://clinks.org/community/blog-posts/what-part-will-voluntary-organisations-play-first-day-new-probation-service